Cartier, known for its jewelry crafts, has also launched a series of new products for the 2019 Geneva show, each of which continues the iconic ornate style. 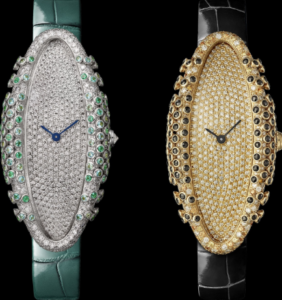